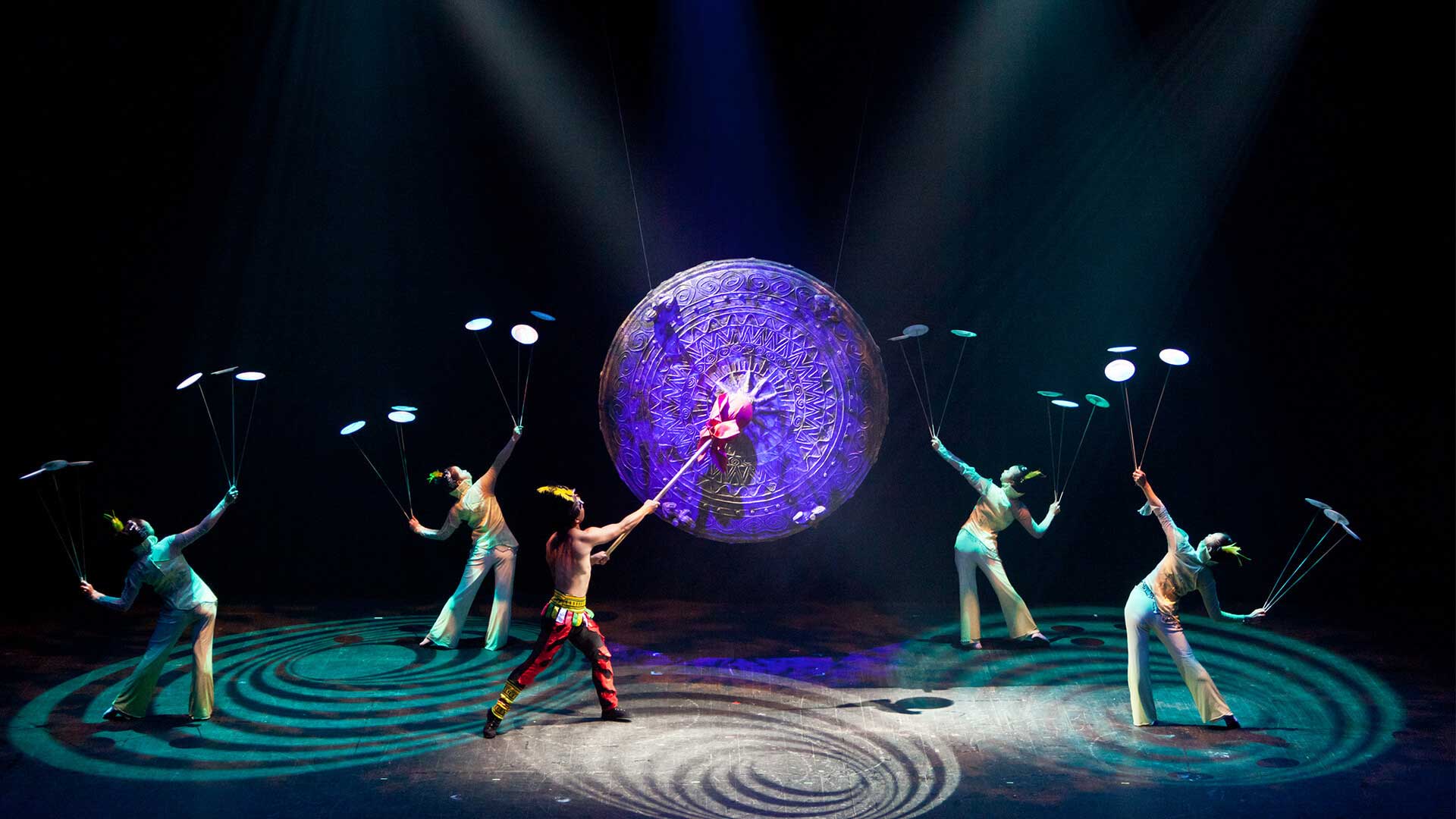 This renowned troupe continues the centuries-old Chinese traditions of acrobatics, athleticism and artistry. World renowned impresario Danny Chang and choreographer Angela Chang combine award-winning acrobatics, traditional dance, spectacular costumes, ancient and contemporary music and theatrical techniques to present a show of breathtaking skill and spellbinding beauty. The Golden Dragon Acrobats have performed in all 50 states, at the White House and on Broadway, where the show was nominated for multiple Drama Desk Awards.

“They perform routines that push the boundaries of human ability, requiring years of constant training and immense concentration. Many of their stunts are thrilling because they are, indeed, dangerous, should anything go wrong at any time. But because of their professionalism and skill, the end result is a show that will delight audiences of all ages.” – Huntington Herald Dispatch

“The Cat in the Hat, with his cake on a rake, has nothing on the Golden Dragon Acrobats.” – Newsday

“There is a precision and beauty about everything these performers do.” – Washington Post