MEMBERSHIP HAS ITS PRIVILEGES

Members get the best seats at the
best prices! Your support keeps the Paramount lit up all year round.

We support the CDC guidelines for keeping our community safe. Click above for the latest information on re-scheduled and cancelled events.

Download our coloring page to participate in the Paramount Bristol Coloring Challenge for a chance to win a pair of tickets to a show of your choice in the Fall lineup. 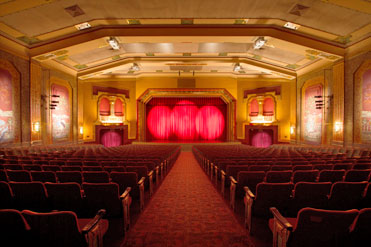 Our historic showplace is a vital part of our community. Your support makes it all possible.

The Grammy award-winning Gatlin Brothers are rolling into Bristol as part of their 65th Anniversary Tour. Larry, Steve, and Rudy Gatlin started singing in their little hometown of Abilene, Texas, and from there went on to make music history.
More Info

Formed in the summer of 2012 in Los Angeles, California, RUMOURS made their debut at the infamous Roxy Theatre on Sunset Strip and within months would be seen worldwide on AXS TVs “Worlds Greatest Tribute Bands.”
More Info

An Evening with Amy Grant and special guests The Time Jumpers

Join us for a once-in-a-lifetime event with 6x-GRAMMY winner Amy Grant and special guests The Time Jumpers to celebrate the Paramount's 90th Anniversary as a cultural beacon in historic downtown Bristol.
More Info

Over the past ten years, the Black Jacket Symphony has performed over 40 classic rock albums, bringing an incredible night of entertainment to over a million music lovers across the US.
More Info