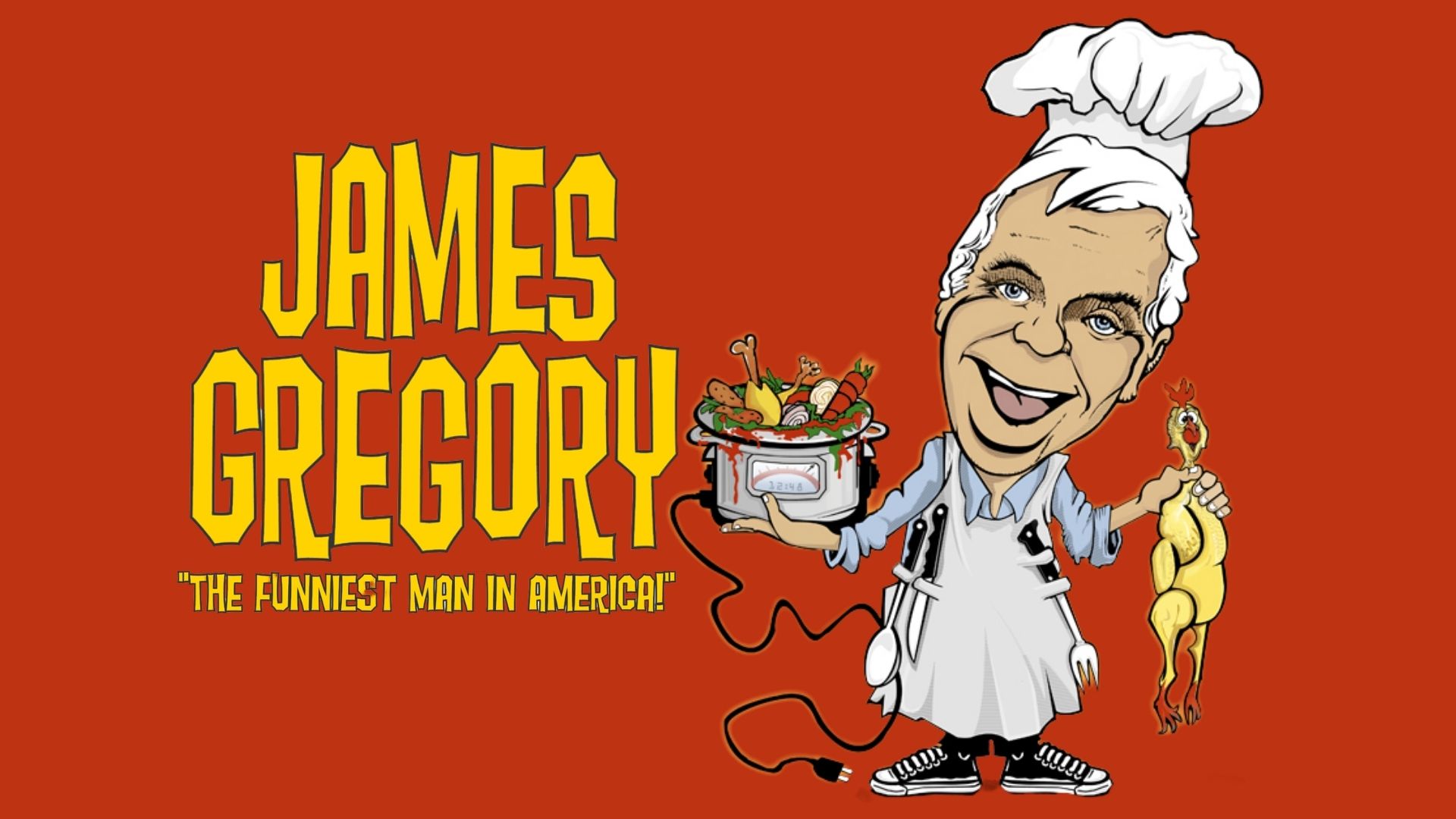 For decades, the unforgettable caricature of veteran comedian James Gregory has stood grinning: his shirt untucked, his arms outstretched, a carefree welcome to a down-home, hilarious comedy experience. It’s storytelling at its best. The trademark caricature is the essence of James Gregory’s comedy: rib-tickling reflections on life from the front porch.
Gregory is constantly touring. He’s on the road about three days a week, forty six weeks a year. He continues to entertain sold-out crowds in theaters and comedy clubs and remains in demand for corporate events. James has been the featured entertainer for over 200 corporations, including the Coca Cola Company, Kimberly Clark Corpora- tion, Hewlett Packard and Kroger. James has also been the featured speaker for events sponsored by various civic and church groups.
James is heard weekly on syndicated radio shows such as Rick and Bubba, John Boy and Billy and Bob and Tom. Combined, these shows are broadcast to people in over 220 cities nationwide. As a result, he now has a grass-roots following that numbers in the millions.
Gregory was born in a rural area about twenty five miles east of Atlanta, GA. He got his first job at the age of twelve at a small country grocery store. By the time he was fifteen, he was working thirty-seven hours a week, as well as going to school. As an adult, James has worked for the U.S. Postal Service, the Department of Defense, and spent almost ten years as a salesman before discovering the wonderful world of stand- up comedy.
James does not “tip-toe” through life as if he’s walking on broken glass or egg shells. That style is evident on stage as well. He is not politically correct. Much of his humor is centered on brilliant observations of crazy relatives and people obsessed with the slightest change in weather conditions – now referred to as global warming. He delights in poking fun at modern sensitive parents and out-of-control environmentalists. Gregory has been quoted as saying, “If you want me to be concerned about endangered species, you need to convince me that we’re about out of chickens.”
The James Gregory show turns the clock back to a time when life was simpler; to a better time, before the death of common sense; a time when people sat on the front porch and actually talked to each other without a cell phone in their ear.
Gregory’s success, like his comedy, is the direct result of the values he grew up with. And now, twenty something years later, it is this unique brand of humor that packs the crowds into his sold-out shows. The absence of vulgarity sets James apart and his stories are carefully crafted art. “I have lived long enough to know people, know life”, Gregory reflects. “My comedy is based on my life experiences. It’s real, it’s funny and the audience loves it. That’s why I’m still in business.”