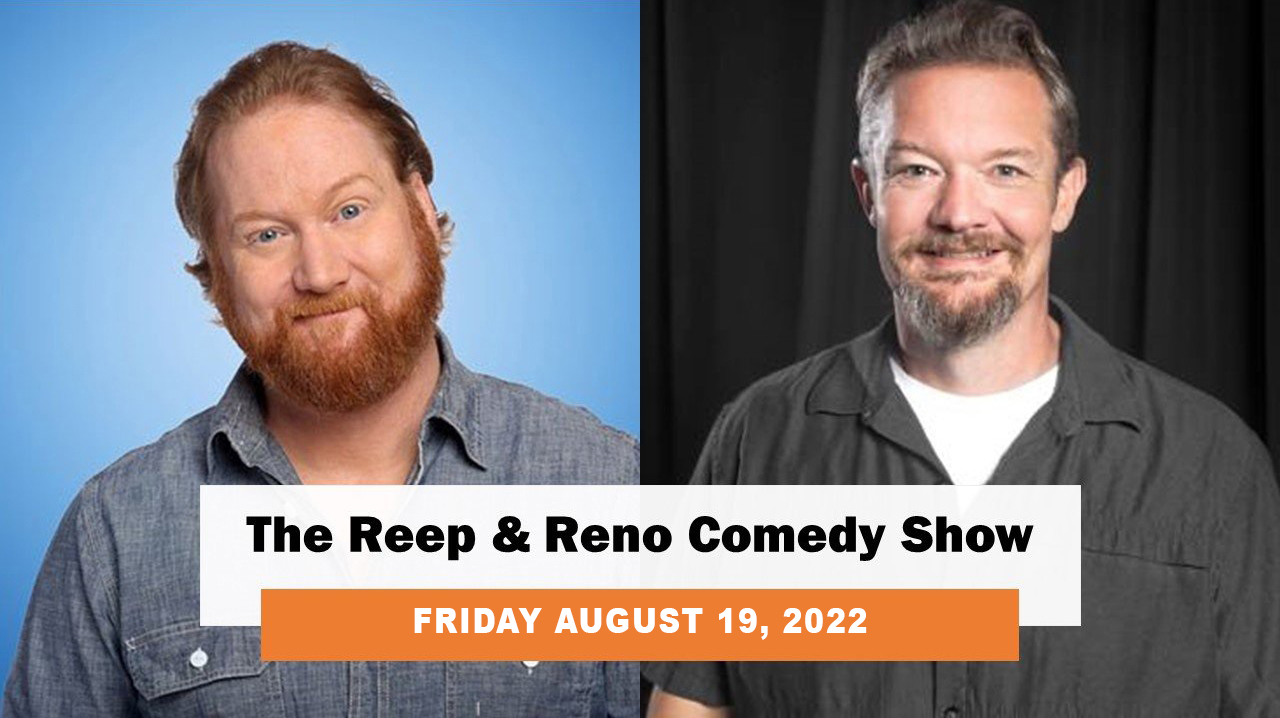 Jon Reep is a nationally touring comedian whose contemporary country point of view has won over legions of fans in comedy clubs, on tv and in film. As a stand-up he’s built a following through his hilarious comedy specials and as the winner of NBC’s fifth season of Last Comic Standing. He can currently be seen in Netflix’s “Brad Paisley’s Comedy Rodeo” and his new standup special on Amazon Prime “Ginger Beard Man” or his new standup album “Ginger Pain” released in March 2019 on 800 Pound Gorilla Records. Jon’s hour standup special Jon Reep: Metro Jethro and his half hour standup special both aired on Comedy Central.

A former P.E. teacher, Reno Collier has endeared himself to a wide range of audiences. Reno’s journey began at the Punchline Comedy Club in Atlanta, GA where he tended bar to supplement his day job. One night he found himself on stage during the weekly open mic night. His unique outlook on life – mixed with a six-pack – was instantly popular and provided a platform to launch a career as a comedian. Reno has built a reputation by selling out comedy clubs and colleges nationwide. In 2004 he joined Larry The Cable Guy on the hugely successful Tour of America. Following the success of that tour, in 2005 Reno taped his own Comedy Central Presents half-hour special.

Together, they will make for an unbelievably fun night at Paramount Bristol!