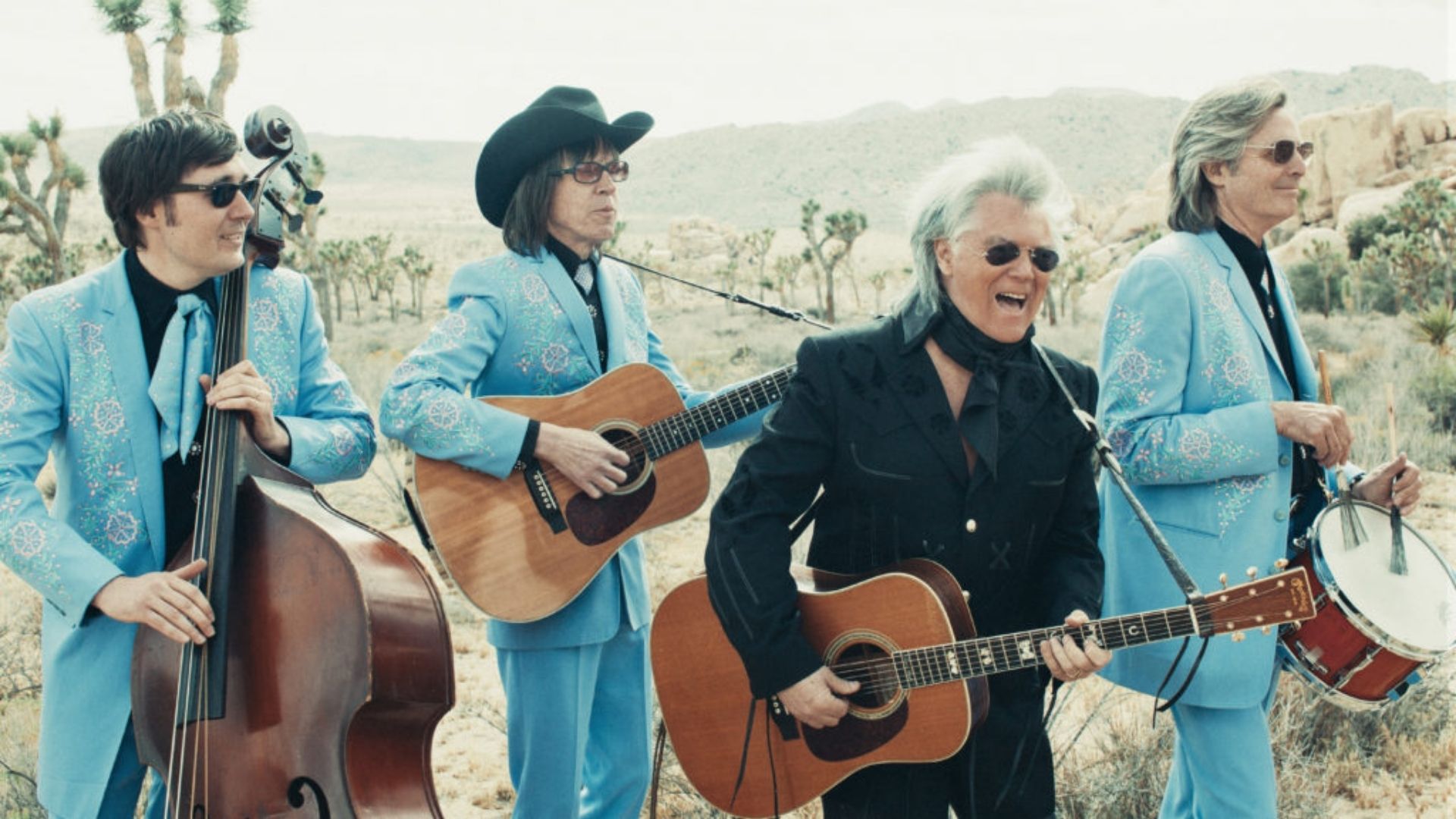 With legends like George Jones, Johnny Cash and Merle Haggard all passed on, country music purists often echo the question Jones himself asked: “Who’s going to fill their shoes?” The answer, in part, is Marty Stuart.

While he’s too gracious to admit it himself, the Grammy-winning singer, songwriter and musician is living, breathing country-music history. He’s played alongside the masters, from Cash to Lester Flatt, who discovered him; been a worldwide ambassador for Nashville, Bakersfield and points in between; and safeguarded country’s most valuable traditions and physical artifacts. Including its literal shoes: Stuart counts the brogan of Carter Family patriarch A.P. Carter and an assortment of Cash’s black boots among his vast collection of memorabilia.

But most importantly, Stuart continues to record and release keenly relevant music, records that honor country’s rich legacy while advancing it into the future. Way Out West, his 18th studio album, hits both of those marks. Produced by Mike Campbell (of Tom Petty and the Heartbreakers), the album is a cinematic tour-de-force, an exhilarating musical journey through the California desert that solidifies Stuart as a truly visionary artist.

Marty Stuart is a five-time GRAMMY-winner, platinum recording artist, Lifetime Achievement Award recipient from the Americana Music Association, Grand Ole Opry star, country music archivist, photographer, musician, and songwriter. Since starting out singing gospel as a child, Stuart has spent over four decades celebrating American roots music. His teenage years on tour with bluegrass legend Lester Flatt in the ’70s were followed by six years in Johnny Cash’s band in the ’80s, and a chart-topping tenure as a solo artist in the ’90s.

*Admission to a private pre-show event at venue featuring a two-song performance by Marty and the Superlatives, along with a Q&A Storytelling session with Marty and Band.

* One Commemorative limited-edition Show Poster, One VIP Laminate and Lanyard.

*$135 BIG CHIEF SPECIAL VIP Package must be purchased in addition to one Golden Circle Ticket and is subject to availability.