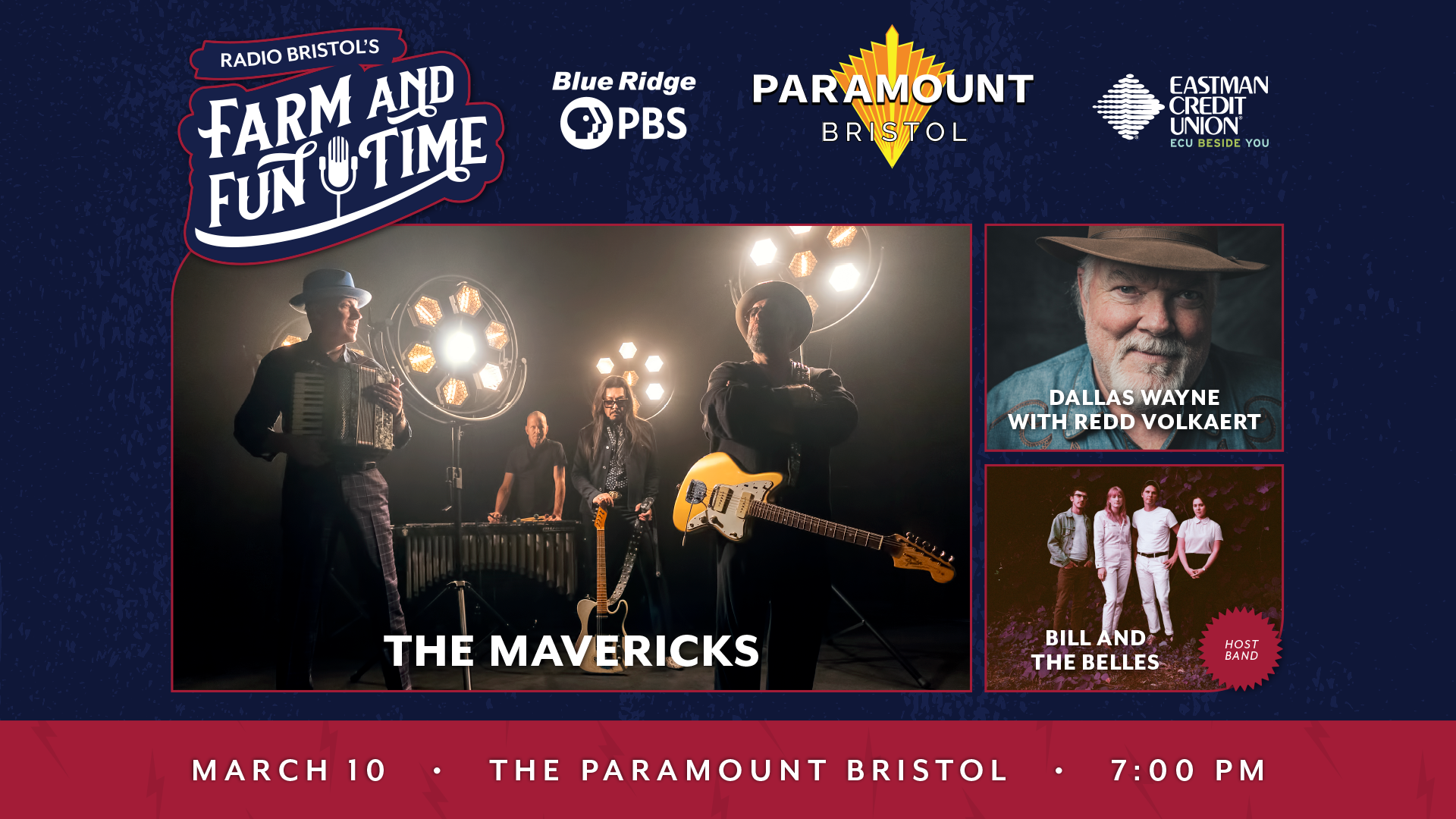 Birthplace of Country Music’s very own Radio Bristol and Farm & Fun Time are proud to present, The Mavericks on the Paramount stage! While you’re watching the show, you will be part of our live studio audience for a unique production being filmed for public television!

The Mavericks are an eclectic rock and country group known for crisscrossing musical boundaries with abandon. They have gone through three distinct phases since it was founded in Miami in 1989. An initial period of heady success marked by big hits and critical acclaim in the ‘90s. A long hiatus starting 2003 when the musicians each went their own way. And finally, a triumphant reunion in 2012 which held long enough for them to recently celebrate the band’s 30th anniversary.

Hosted by Kris Truelsen and his house band Bill and the Belles, Farm & Fun Time is a celebration of Appalachian music and culture with various segments, original jingles, and featured artists and an homage to the classic program of the same name that aired on WCYB radio in the 1940s and 1950s.

As always, The Mavericks add their signature country/rock/Tex-Mex flavors and a refreshing spontaneity to their live shows, and you can see the unmistakable Mavericks style on the Paramount stage on March 10th!