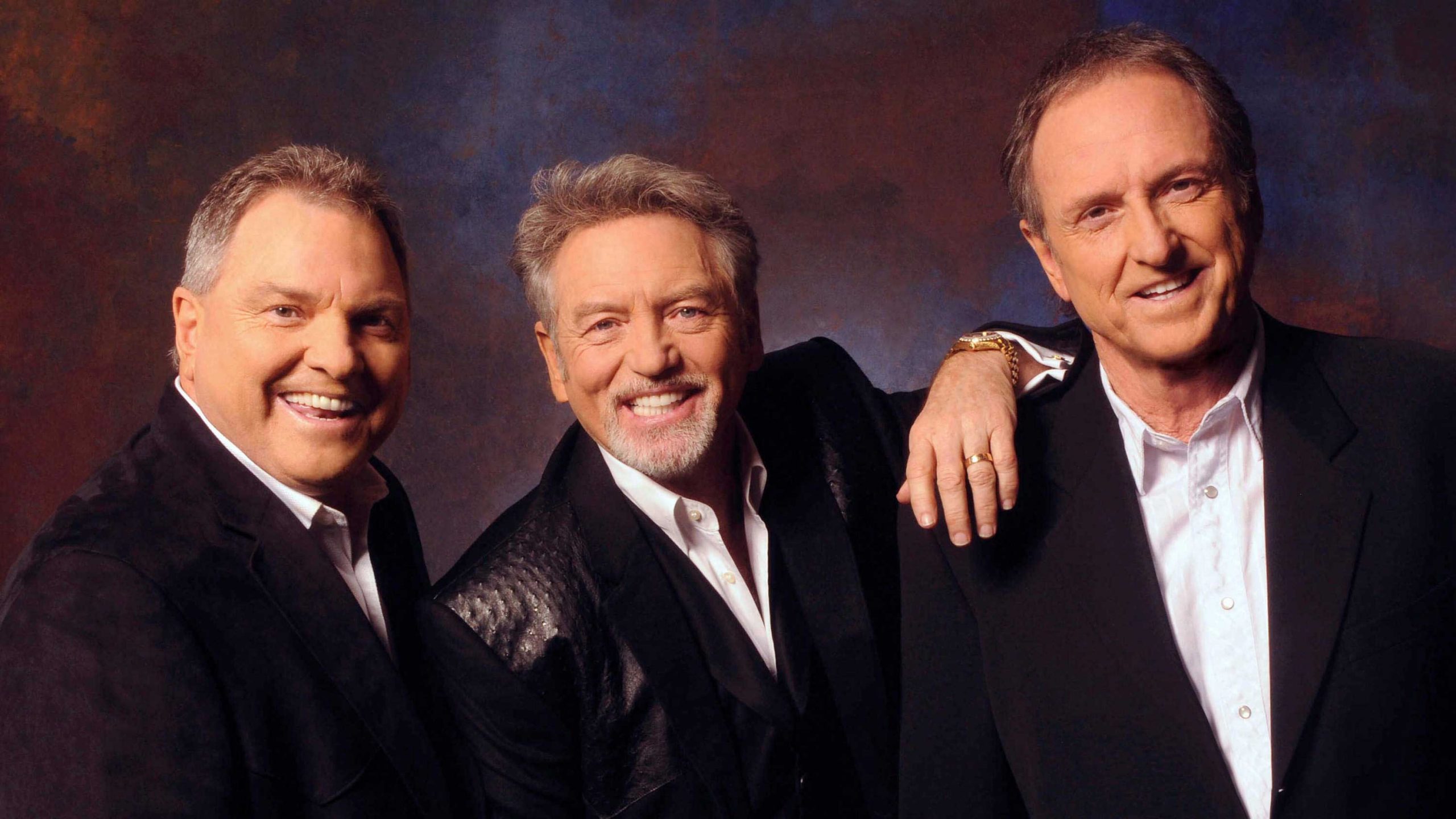 Larry, Steve & Rudy: The Gatlin Brothers are Grammy® award-winners who have dazzled audiences for more than six decades. They have accrued a lifetime of noteworthy achievements in their storybook career, including a Grammy® for Best Country Song (“Broken Lady”), three ACM awards for Single of the Year (“All The Gold In California”), Album of the Year (Straight Ahead) and Male Vocalist of the Year, along with five nominations for CMA Vocal Group of the Year, Single, Album. The brothers have accumulated seven #1 singles, 32 Top 40 records; more than 20 studio albums and five BMI “Million-Air” Awards.

As a solo writer, Larry ranks 4th on Billboard’s Top 40 self-penned hits and was recently inducted into the Nashville Songwriters Hall of Fame. His impressive song catalog has been recorded by a “Who’s Who” of entertainers, including Elvis Presley, Barbra Streisand, Johnny Cash, Roy Orbison, Glen Campbell, Kris Kristofferson, Sir Tom Jones, Dottie West, Charlie Rich, Johnny Mathis, the Oak Ridge Boys and many others – securing his legacy as one of BMI’s top solo songwriters. In addition, Larry wrote and produced the musical, “Quanah”, which was performed in April 2017 to rave reviews.

During 2020, The Gatlin Brothers celebrated their 65th anniversary in the music industry. They have entertained audiences in venues and stages all over the world from the Grand Ole Opry to Carnegie Hall. They have also performed for the Grammy Awards, American Music Awards, People’s Choice Awards, The Tonight Show with Johnny Carson, Oprah, Hee Haw, The Love Boat, The Midnight Special with Wolfman Jack, The Merv Griffin Show, Solid Gold, Barbara Mandrell Show and their own variety special on the ABC network.

While building their career, The Gatlin Brothers were on the fast track musically in 1976, thanks to the chart-topping success of their single “Broken Lady”. The hits continued throughout the decade with their signature song “All the Gold in California” followed by “Houston (Means I’m One Day Closer to You).” The next decade brought number one hits with “I Don’t Wanna Cry”, “I Just Wish You Were Someone I Love,” “Statues Without Hearts,” “Love Is Just A Game” and “Night Time Magic.”

The brothers have also proudly entertained our U.S. troops in Kuwait, Qatar, UAE, Germany and at many military bases in the United States as well. They have appeared at many sporting events and venues singing the national anthem, including the 1985 and ’89 World Series, and the U.S. Open tennis tournament. They have performed in Yankee Stadium, the Astrodome, Nissan Titans Stadium, Candlestick Park, Chicago White Sox ballpark, NHL All Star Hockey Game, Darlington NASCAR Speedway, the Cotton Bowl, Sugar Bowl, Rose Bowl, Giants Stadium, the Superdome, AT&T (Dallas Cowboys) Stadium, Reliant Stadium (Houston Texans) and the 2008 Olympics in Beijing, China.

Their career began in Abilene, Texas in 1955 when Larry was six, Steve was four and Rudy was two. The brothers grew up singing gospel music while listening to James Blackwood and the Blackwood Brothers, Hovie Lister and The Statesmen Quartet as well other accomplished gospel artists. As children, the brothers would sing for anyone who would listen. Soon they were singing from coast to coast and appeared at the World’s Fair in 1964 in New York City. They recorded four gospel records early in their career. In 1966, Larry went to college at the University of Houston where he studied English and law. In 1971, he auditioned for The Imperials, Elvis’ backup group. While he did not get the job, he met Dottie West, who was the opening act for Jimmy Dean. Dean would later become one of Larry’s oldest and dearest friends. Dottie was initially taken with Larry’s resemblance to Nashville songwriter Mickey Newbury. She told him one night in Las Vegas that he looked so much like Mickey, he had to be able to write great songs, too. Encouraged, Larry returned to Houston and wrote eight songs. He sent them to Dottie and she liked them so much she sent him a plane ticket to Nashville.

Through Dottie’s friendship, Larry met Kris Kristofferson, who championed his talents as a writer and singer. Kristofferson’s introduction to Fred Foster at Monument Records resulted in a recording contract with the label. Larry’s first album, The Pilgrim, was released later that year. Johnny Cash wrote the liner notes for the album and dubbed him “The Pilgrim” – a name Cash called him the rest of his life.  At this time, Steve and Rudy were still in college at Texas Tech University, but in 1975 they moved to Nashville. The two joined Larry the following year to form the group as we know it today.